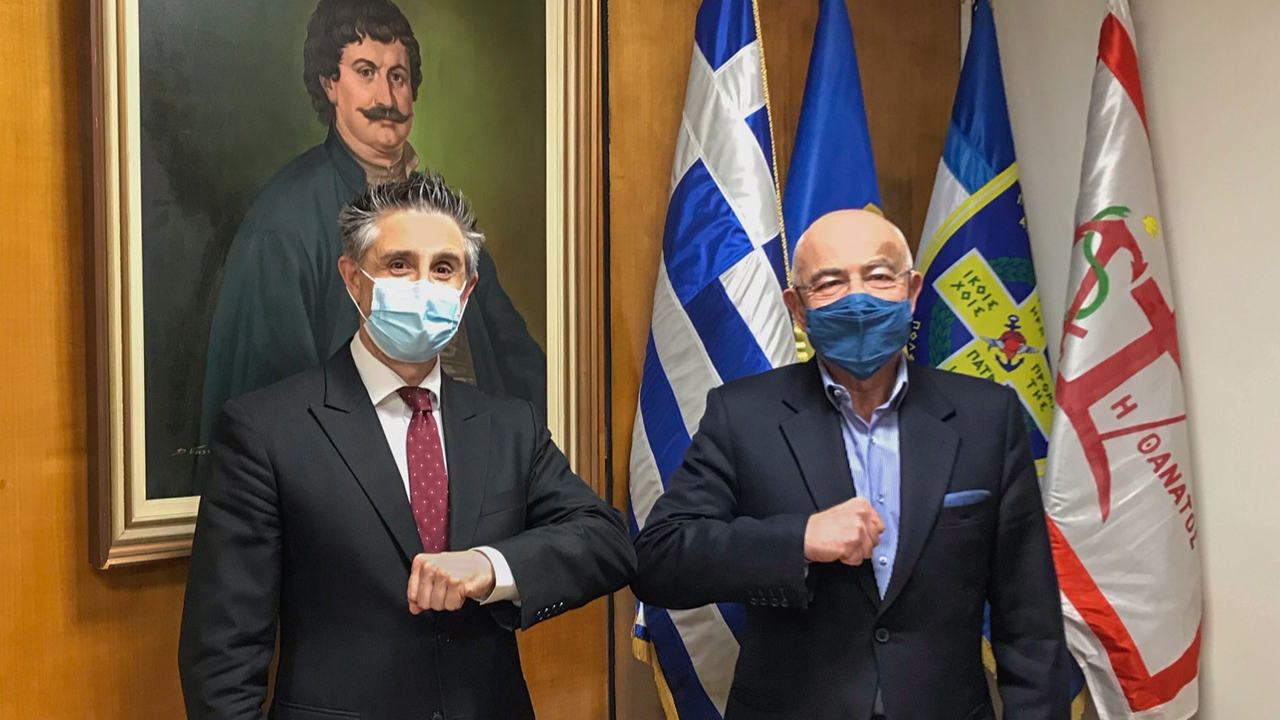 The War Museum inaugurates a bridge of cooperation with the Australian Embassy. The aim is to highlight the strong bond between the two countries that was forged through joint struggles during World War II and especially in the Battle of Crete.

The President of the War Museum Anastasios Liascos met with the Deputy Ambassador of Australia Andrea Carlo Biji and thanked him for the contribution of the Australian people during the war. An exchange of views on the forthcoming cooperative actions followed.

At the center of the discussion was the prospect of creating dioramas that will present the Battle of Crete. At the same time, the War Museum expressed the will that the central diorama be placed in the newly established Chania Branch.

The War Museum, moreover, agreed to assist with material from its photographic archive in the creation of a special Album for the Battle of Crete. The album will be released on the initiative of the Australian Embassy, on the occasion of the 80th anniversary of the Battle of Crete. The two sides reserved the right to create a periodic thematic exhibition at the War Museum next May.

The discussion was also attended by the Vice President Lieutenant General Ioannis Theodosoulakis, who informed the Ambassador about the technical details of the dioramas’ creation.

The visit ended with a tour of the Museum for the Ambassador.